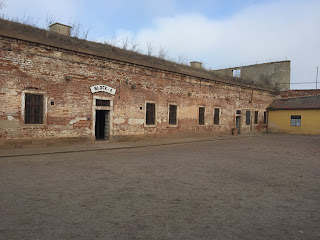 Theresienstadt was set up as a concentration camp in November 1941 when the first transport of Czech Jews were sent there. German and Austrian Jews arrived from June 1942. Danish and Dutch Jews followed in numbers from early 1943. 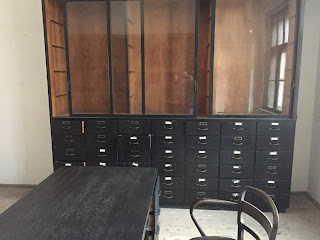 The inmates in the ghetto initially lived with the local population, until they were forced out completely, and then the ghetto was then self-administered by the Jewish people themselves. 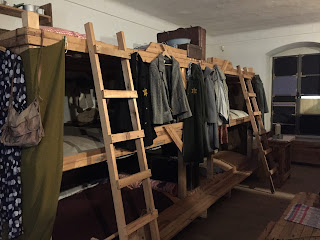 Inside the camp the administration of the site was run by the SS, and the first camp commandant was Siegfried Seidl (executed in 1947). There were approximately 33,000 deaths inside the concentration camp and ghetto. Many others were sent to their deaths in Auschwitz, Treblinka, and other concentration camps. 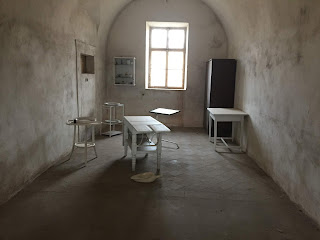 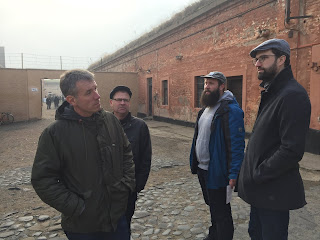 In the barracks there were horrific conditions, massive overcrowding, and disease was rampant. Throughout the barracks, typhoid scarlet fever, lice were prevalent. There were untrained nurses to help with the sick, but with all the deportations taking place by 1944 the nurses were looking after 60-65 patients each, and working 18-20 hour a day. The inmates were working about 69 hours a week, which also took its toll. 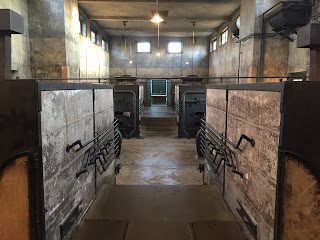 Hygiene was a problem for the inmates, very rarely could they have warm water, showers were almost always cold, and cleaning the clothes was done with the steamer. They had to put their clothes back on whilst still damp, which was bearable in the Summer but torture in the Winter. 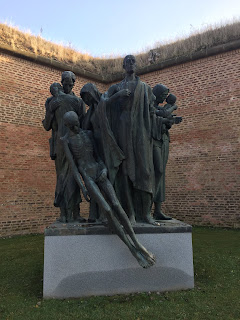 The above statute depicts the life in the camp, children, the elderly, families - a very stark reminder of how fragile life was/is. 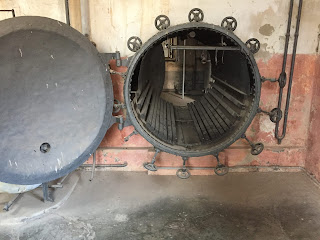 Despite all the efforts of the Council of Elders, and the camp ghetto inhabitants, to make the best of an atrocious situation, living conditions in the camp were harsh. There was very little food, medical supplies and basic services. With massive overcrowding the death rate was comparable to other concentration camps like Buchenwald or Dachau. The death rate was so great that a crematorium south of the ghetto was built where around 200 bodies could be burned per day. 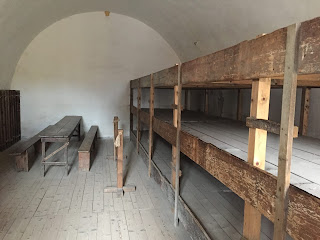 At Theresienstadt there were some pretty powerful memorials dedicated to the people who lived, suffered and and died there. The inmates thought that if they made this place a viable economic space that they could be spared, not knowing that the plan was to liquidate the whole camp and make the ghetto of Terezín a German settlement. They were doomed. Still, around 23,000 survived from the approximately 150,000 that went through the camp. 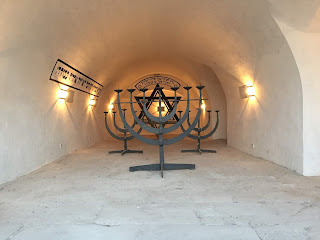 An amazingly interesting trip. Insiders learnt much new information, to compliment their Berlin tours. Where next?