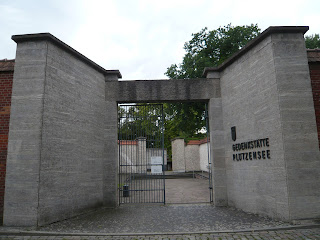 John and Michael visited Plötzensee last week and have reported back to us about this harrowing site.

Part of an already existing jail, this courtyard complex was used to murder conscientious objectors, resistance fighters, alleged looters, those involved in the July 20th coup, and others. Almost 3.000 people, from 22 nations, though mostly Germans, were murdered here. During the early years those sentenced were beheaded by axe, thereafter by guillotine until it was damaged by Allied bombing in 1942. Then a steel beam was erected from which 8 hooks were employed for mass hangings. Prisoners were mocked before their deaths and piano wire was used to add cruelty. The durations of their demise was assiduously noted down to the second.


This is a small but important memorial close to Berlin's centre. The site is well maintained and most of the information on display is also in English. It is a poignant visit. 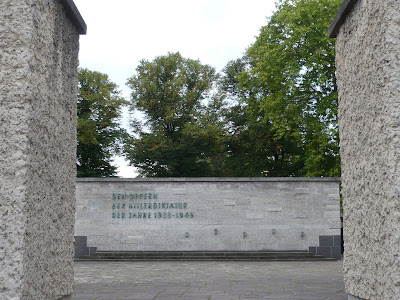 Posted by Insider Tour at 06:40 No comments: 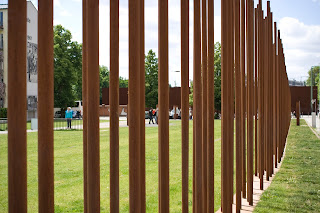 Many people write to us asking what to do with just 1 day in the city. I wrack my brain each time, how to choose! Finally, I believe I have found a sufficient answer. This walk concentrated to one area (almost one street) offers so much, from history to startup culture, authentic food, bars and even an urban farm. So, if you have just one day in Berlin, after your morning Insider tour of course, my official recommendation centres around Bernauer Straße. Along this street one can experience and start to comprehend Berlin's most recent history, how the Berlin Wall truly cut the city and its population in two, how Berliners have coped with and digested the era, and how the city never ceases to stop transforming itself.