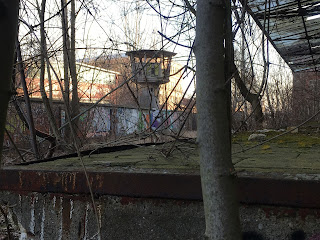 First up, a visit to an old East German guard tower in Weißennsee Berlin. Type BT 4 1970, which stands in the former complex where the Stasi were trainied to guard the East German party leadership and foreign dignitaries. This was effectively the training grounds for the Felix Dzerzhinsky Guards Regiment (the elite Stasi regiment), and armory. The government Motorcycle Escort was housed in the cellar of the building adjacent of the tower. It is a listed site today, and the surrounding area is full of amazing street art. 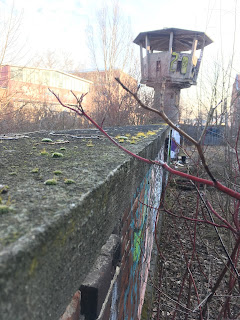 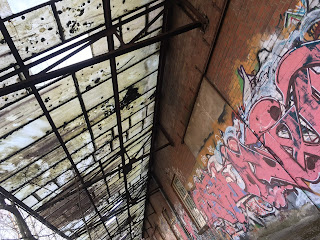 The adventure continued to the Goebbels' villa 'Bogensee', just on the outskirts of Wandlitz. The villa is still in fairly good condition. It had been a present from the City of Berlin to the propaganda minister in 1936, during the Olympics. This is where Goebbels conducted the affairs of state, or more accurately his affairs with actresses like Lida Baarová. During the war his family moved out there and a bunker was built. 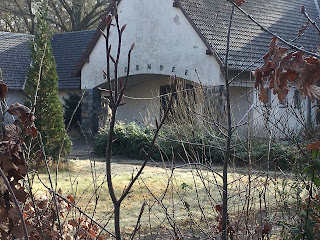 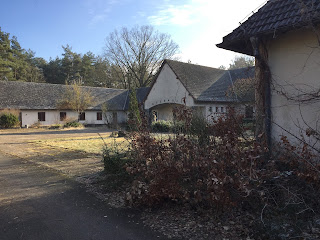 Next door is the impressive, absolutely monstrous international youth school. Here the international socialist youth elite were indoctorinated with the teachings of Marx and Lenin, with the intention of spreading this political ideology throughout the world. The sprawling scale of this complex was a surprise. The Berlin senate has tried to sell the 16 hectare location, which includes the Goebbels Villa, but because of its past history no takers as of yet! 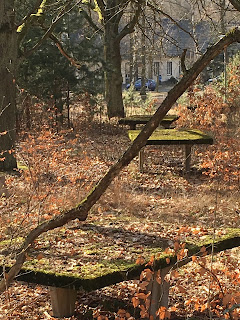 Our last mission was to the old „Waldsiedlung“ where the leadership of East Germany lived......together. The complex was guarded by the Stasi, and to gain entry you needed a special, high security, pass. The houses were nice, but not very luxurious. For the leaders of a country, quite modest in fact. These houses have now been subdivided into apartments for short term let. 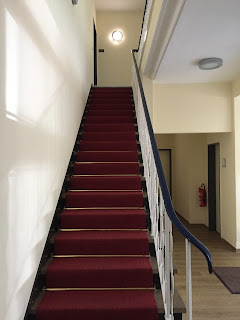 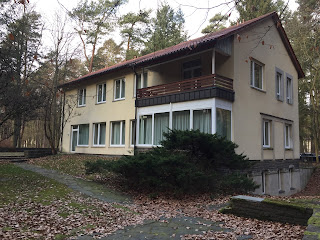 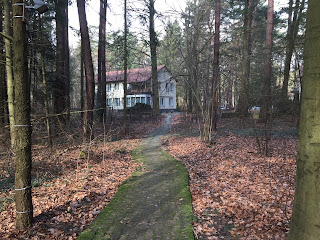 All in all an fantastic research day in Berlin and Brandenburg! Hard to pick a highlight but if pushed it would be the East German international youth school.

Posted by Insider Tour at 07:11 No comments: