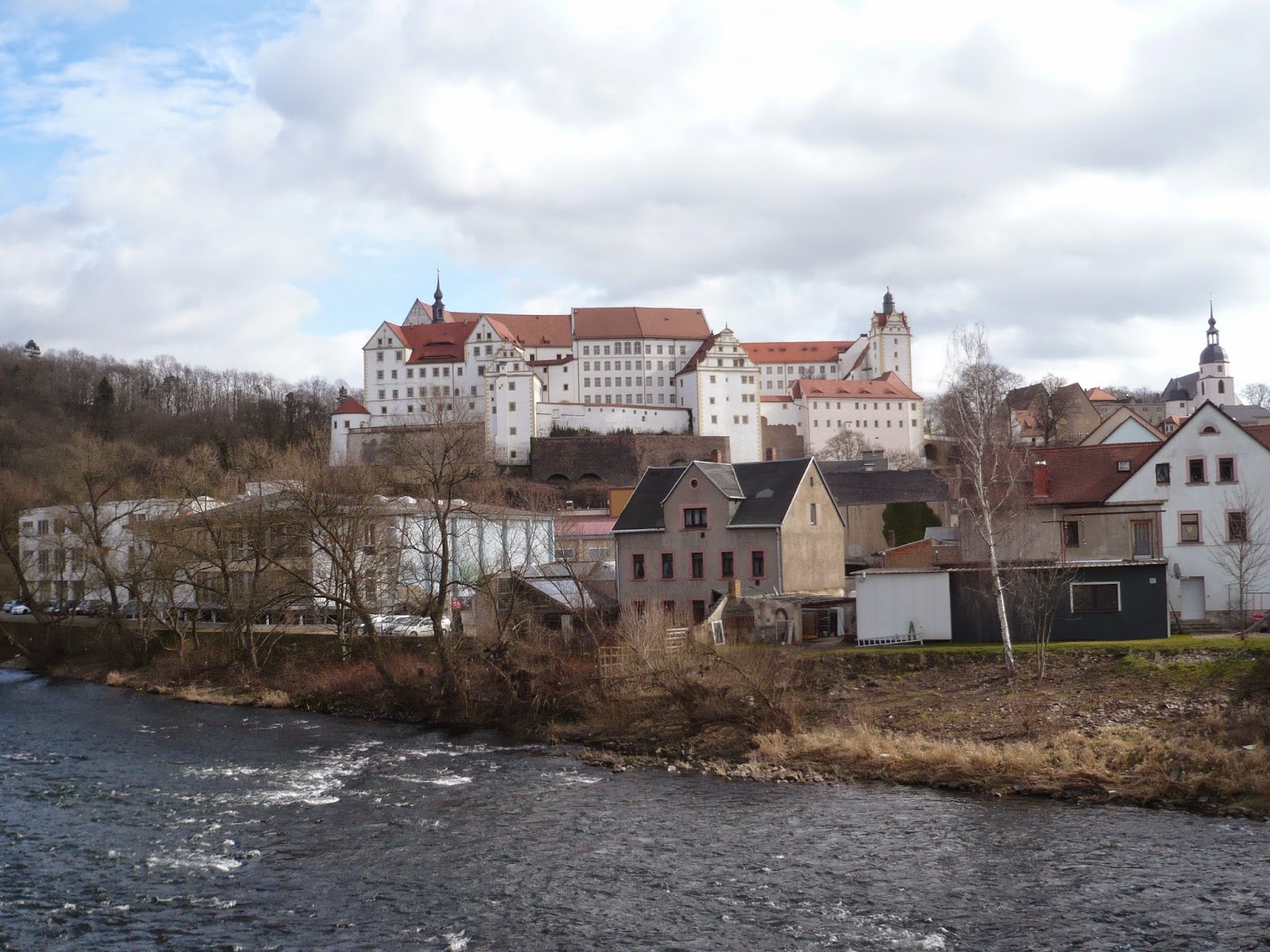 This week we staff snuck out of the office to join a few guides in exploring the infamous Colditz Castle, aka WWII POW camp.  Nick Jackson, one of our star guest guides, hosted us on an amazing behind the scenes tour! Nick, a jack of many trades, works for the great Berliner Unterwelten association, documenting and researching Berlin’s underground history.  When not in the city he can be found exploring Third Reich sites, working as a travel journalist, and excavating, touring and lecturing in the Eastern Mediterranean.  Nick had us all hanging on his words as we visited the locations where so many unbelievable escape attempts, many successful, took place.

a bit of history first
"From 1939 - 1945 Colditz Castle becomes a prisoner of war camp for Allied officers from Great Britain and the Commonwealth, France, Belgium, Holland and Poland. The official name of the camp is "OFLAG IV C" and it is claimed that the castle is escape-proof. However, prisoners succeed in making their escape over 30 occasions despite the rocky crags on which the castle stands, the barbed-wire fences, the numerous guards and the searchlights" excerpt from
http://www.schloss-colditz.com/e_history/History.html

Posted by Insider Tour at 07:45 No comments: