Hailing from London, Maisie has a fascination for all things Teutonic.  After finishing studies in art and architectural history with a specialisation in German cultural politics she worked as an assistant on the BBC's flagship radio news programme, Today.  These days she co-hosts an English-language Berlin-themed radio show.  How did you make the move from London to Berlin Maisie? 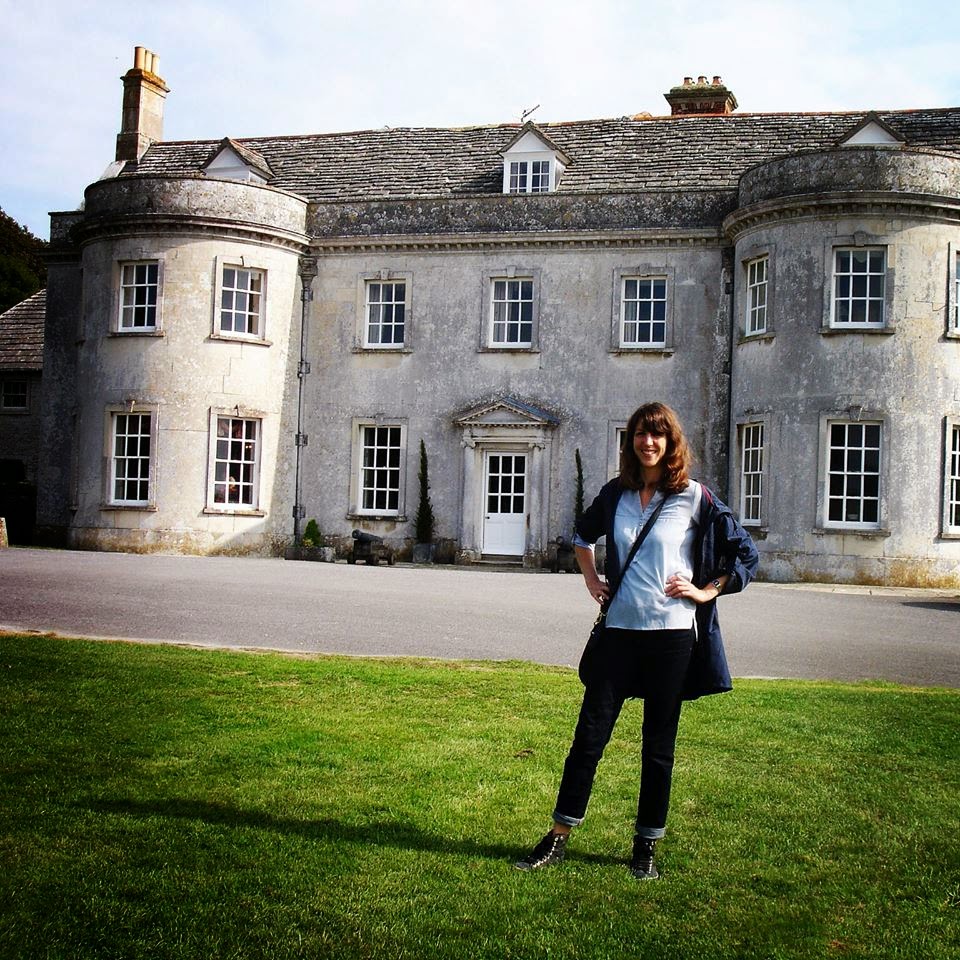 I first came as a student in 2000 to do my Erasmus year at the Free University. It completely blew me away. I spent the year on a real high. It's a total cliche to say it now, but it was very exciting, like nowhere else I'd been before and very different. So much space, dirt cheap, really a big playground for people with no money.  Coming from London, it was very refreshing to be somewhere where cash wasn't king. It felt pretty egalitarian. You could live pretty much anywhere in the former East, including the centre. It was very common for students to live in villas and huge, palatial apartments, albeit slightly run-down.  I had friends living on Kollwitzplatz, which is now Berlin's most expensive street, in 4 bed apartments by themselves.With coal heating of course.

In a lot of the East, there was obviously still a very strong post-communist feel- it was very bleak in many areas- and the parts of the former West which had been near the Wall- like east Kreuzberg- were quite edgy. The other thing that struck me was the space. So many vast empty spaces, especially in the area where the Wall had stood. They've mostly been filled in now. There were also a lot fewer people around. Hardly any expats, at least that I knew of. I remember being amazed to hear some American voices once at Brandenburg Gate, like: "What are THEY doing here???!!".  Berlin felt very free. There was a lot of spontaneity and parties in the most unusual places. It felt like anything was possible. Except making money or getting a well paid job. It made a massive impression on me.
I finished my Erasmus year in 2001, then went on to do an MA, worked at the BBC for a bit, then came back permanently in 2005.

Can you tell us a bit about your baby, Radio Spätkauf.  How has your experience been, going into spätis and asking to record introductions?  Any stories to share?

Radio Spätkauf is a joint effort between me and my journalist friend Joel and an artist called Andrew. It's a kind of news and culture show for Berlin, trying to keep people in touch with what's going on here on a local level.
Most of the Späti owners have been very obliging and nice, although I must admit, Joel was the one asking them. We once found this really feisty Thai woman running a Späti out in a shed in Grünau in the former east. But she was so scary, I couldn't bring myself to ask her. I regret that, because she'd probably have been very entertaining!

There is a lot of frustration and talk about Berlin's hyper gentrification these days.  Do you see Berlin going in the direction of London, or do you think there is hope for us here?
Berlin has changed a lot over the past 8 years or so, but I don't think it's going to be turning into London in the immediate future. London has been gentrifying slowly for decades. Plus the poverty gap is and has always been much greater there. The Germans are more, dare I say it, 'socialist' in their outlook, even the Christian Democrats, with regards to welfare, housing, etc.  Social & economic inequality don't seem to be quite as pronounced here, although I can see things changing.  That said, although they are gradually being legislated, tenants, for example, have a lot more rights and protection from ruthless landlords than they do in the UK. Random rent hikes and evictions are much harder to enforce.  That said, we shouldn't relativize the situation too much: there is now a big deficit in affordable housing in Berlin. Poor people are being forced out of the centre, kicked out of the areas they grew up in. I hope that the city government starts building more social housing and does more to protect people on lower incomes. The property & rental price hikes in Berlin have made them really vulnerable. Affordability is a large part of Berlin's appeal. If it loses that, it's lost much of what makes it such an interesting and attractive city.


We at Insider know your great love for East Berlin architecture.  Why is this style so close to your heart, is it purely aesthetics?  Can you choose one favourite Berlin building to tell us a bit about.


I think for me it's about aesthetics, but also what it represents.  The GDR ceased to exist a year after the Wall fell, but one of its legacies- architecture- has taken a lot longer to go.  Architecture was such a strong part of GDR visual culture. Buildings and the accompanying deco or public art- murals, mosaics, sculptures-  were supposed to reflect the ideals of the state- built socialism, if you like.  But if you take it out of its context, much of it is not explicitly political. Apart from the Stalinist stuff from the 50s, like Karl Marx Allee, or the big housing projects, it is not especially 'communist'.  A lot of public buildings from the 60s and 70s, like Ulrich Müther's structures, really just reflect international building trends of that time. They seem pretty space-age and futuristic. The same applies to a lot of GDR public art. It's so utopian and stylised- like the one by Walter Womacka on the Haus des Lehrers on Alexanderplatz, but some of it could come from Britain in the 70s.

I can also get interested in a bit of GDR architecture or deco, that might even be really ugly,  purely because of what it represents. Since I moved here in 2000, a lot of stuff has been demolished, for various reasons. It's on it's way out, it's ephemeral, unlike say, the Reichstag. I think that adds to its appeal. You never know whether something will be pulled down the next week or not.
That's what my blog GDR design https://gdrdesign.wordpress.com/ is about. It's not trying to idealise the GDR or put a positive spin on anything, it just tries to document all these quirky structures or bits of public art which have survived communism but won't be around for much longer.


My favourite East German building is probably the former State Council building on Schlossplatz, behind the new city palace. It's 1960s representative architecture and they spent a lot of money on it, so it's got that 'people's palace' vibe about it. It now belongs to a very expensive business school, ironically. But it's been renovated, and they did a good job. It's essentially been done up, but has kept its original character, like the TV tower. There's a huge stained glass window in the entrance hall, again by Womacka, THE state artist in the GDR. Worth a look if you're in the area.

Thanks for opening our eyes to all the architectural treasures we have hidden amidst Berlin!
Posted by Insider Tour at 07:06 No comments: