Last Saturday I was wandering around Rummelsburg, a locality in the borough of Lichtenberg, and I came across some intriguing notes covering the side of an old building. The area has many former factories which have been restored or converted to housing, artist studios and even a (great) club. This building was empty though and I was lucky enough to catch a glimpse of the historic detective work which was underway. 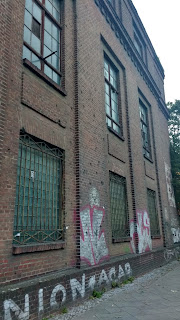 I sent along the photos to Jamie, our resident archaeologist, and this is what he had to say.

It seems like an investigation as prelude to the restoration of the building. It's protected as a Denkmal, which means when it is restored it needs to maintain its historical appearance. The types of mortar and paint used in the restoration are required to conform to the original mortar and paint. This looks like an investigation to establish which paint and mortar are the earliest ones used. They have exposed different paint layers that have built up over time in order to see which one was the first. Alternatively they might be aiming to restore the structure to the appearance it had at a particular point in time (eg 1920s). 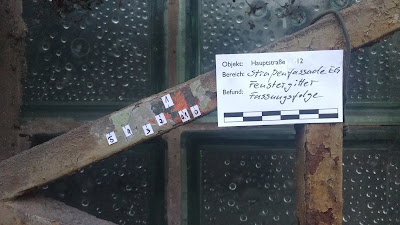 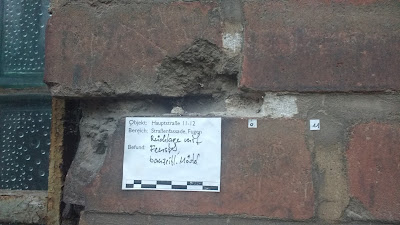 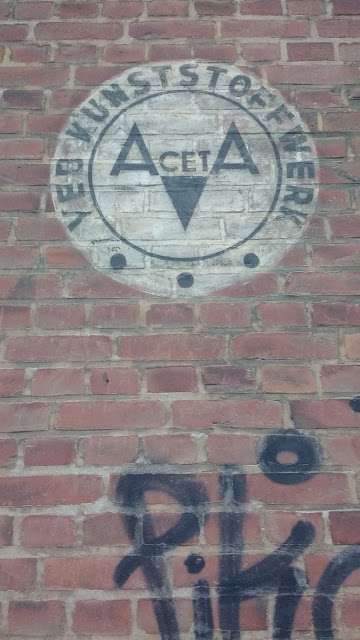 From this photo I was able to do some research about the former factory, and it seems it was producing chemicals used in the dying of fabrics.
https://www.deutsche-digitale-bibliothek.de/item/73MP6KTKZHM7RMYZBRY2T4V6LCOCKW75
Posted by Insider Tour at 05:45 No comments: