25 Years Later - The Fall of the Berlin Wall

We take an intermission from our guide interviews this week for the anniversary of the Fall of the Berlin Wall.  So many extraordinary resources and stories have been surfacing I thought I would seize the opportunity to compile a selection.

I begin with a short interview from the man who shouted "Open the barrier!” and changed Berlin's reality literally overnight.  "It's not me who opened the Wall. It's the East German citizens who gathered that evening.  The only thing I can be credited with is that it happened without any blood being spilled...  I had never seen such euphoria, and I've never seen it since," Jäger said, smiling.

Slow travel's look at 25 relevant Berlin locations is really fascinating.   Their first stop, the Bornholmer Strasse Border Crossing where Jäger was stationed on the 9th of November, 1989. 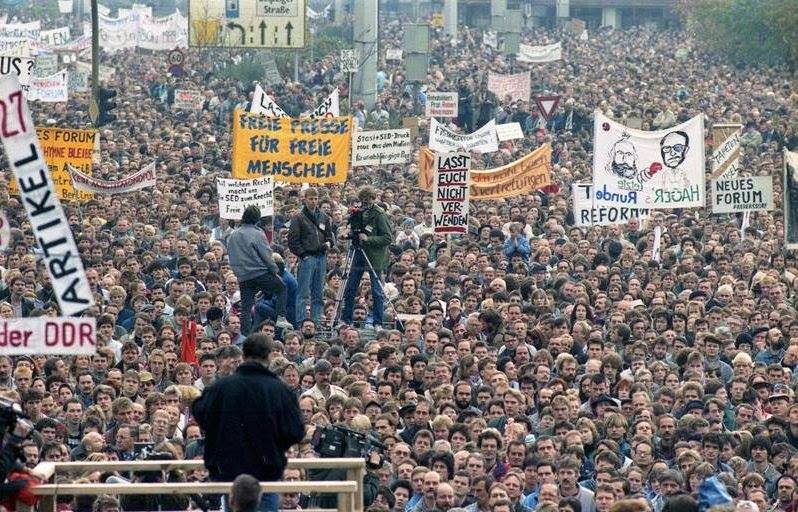 I follow with the Berlin.de chronology of the Fall of the Wall and a view of  the Alexanderplatz demonstrations.

Construction of the“Berlin Wall Trail” (Berliner Mauerweg) was completed in 2006, turning the location of a wall of separation into a pathway for both recreational use and historical documentation.
http://www.berlin.de/mauer/mauerweg/index/index.en.php

To get an idea of just how drastically the cityscape has changed since 1989, buzzfeed put together a few images from the book “Berlin Wonderland - Wild Years Revisited”.
http://www.buzzfeed.com/nscholz/so-sehr-hat-sich-berlin-seit-1990-verandert

I end with another interview, this time with Heiko age 52, who was a East Berlin resident in 1989.  She notes many small surprises she found herself faced with upon passing through the Bornholmer Strasse Border, and the relevance of those events today.
http://mauer.visitberlin.de/en/unbelievable-incredible-impossible-absolutely-crazy/
Posted by Insider Tour at 06:18

Email ThisBlogThis!Share to TwitterShare to FacebookShare to Pinterest
Labels: berlin, berlin wall, fall of the wall