Ashleigh and the Berlin of becoming

Ashleigh is another new face of the Insider team.  Not at all new to Berlin though, her adventurous enthusiasm  has kept her busy studying, writing about and exploring this vast city by both land and sea.  We need to start at the beginning though.  When and why was the first time you visited the Berlin?

I first arrived in Berlin on a school trip with some very good friends of mine and our excellent German teachers, who's enthusiasm I would still claim is to thank for my passion for what Mark Twain called "The Awful German Language"! Our group took a walking tour of Berlin with an upbeat Australian female guide, and I remember turning every corner and 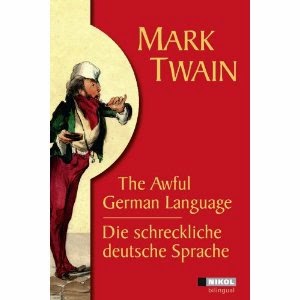 finding it difficult to believe not only that one city had seen so much history, but that it's scars and successes were interlaced, coexisting, street by street. My 16 year old self was so fascinated by the city, that upon arriving back home in Newcastle, I compiled an incredibly detailed scrap-book full of my own pictures and commentary, which I still have today. I then came back to Berlin a year later with a couple of friends who were with me on the first trip, and it slowly became an annual event, until I eventually made the then-inevitable move!

Berlin changes fast.  Is there a place in the city that has been altered/built on/knocked down since you have lived here, that you find particularly exciting, successful or grossly unsuccessful?

I often finish my Famous Walk tours with my favourite quote on Berlin, one which inspired my Masters thesis on 'Cities of Becoming' and which encapsulates the city I live in, but also why I live in it. The historian Karl Scheffler in 1910 claimed that "Berlin is a city destined to forever becoming, and never to being". These timeless words have rippled hauntingly through the many turbulent layers of Berlin’s modern history, coming to fruition more in the past century than the author could ever have anticipated. But his words still linger delicately in today's 'Berliner Luft', as the city transforms before our very own eyes. Much has changed in the eight years I have lived here and at first I found this change difficult to bear, for example the planned destruction of the Palast der Republik, a relic of a defunct state, but also of peoples memories, or the disappearance of Bar 25, a club complex/hedonistic paradise on the river, a relic of memories lost! But there was a moment when giving a tour back in 2008 that changed my perspective on change in Berlin. When walking onto Museum Island a crowd had gathered to watch a dance performance, tens of dancers in luminous costumes, one tiny figure in each broken window of the former Palast, overshadowed by it's size and legacy. It was such an unusual use of condemned space, so much colour and energy in something about to be destroyed. I remember thinking that often Berlin is much more creative in its use of non-space than creating space anew. Today, as the city is littered with more and more projects, hotels, high-rises and apartment blocks, it would and can be easy to mourn what was. But I find that often as places disappear and reappear, the open sentiment remains throughout, and new bars/clubs created from new voids are often a better version of their former counterpart. Of course, this is more difficult with historical sites, but I feel that Berlin is not a city which forgets its history, rather moves forward grasping it, with or without physical reminders. If becoming really is the essence of the cities spirit, which I believe it is, then the process of change is what makes it so vibrant, dynamic, often controversial, but never dull!

Can you tell me a bit about your masters.   Have you found Berlin a particularly interesting place to have as a backdrop to studying European Relations?

After studying German and Mathematics at Durham University in the UK and then a bit of time out from academia, I wanted to ensure that if and when I chose a masters course, it would be something with practical relevance but also something which combined many different spheres of study. I completed my Masters in European Studies at the Viadrina University in Frankfurt Oder this July (the same course fellow tour guide Roy is currently studying!). I thoroughly enjoyed it all, a combination of politics, law, economics and culture, taught predominantly in German but I also took some English courses in Poland and Spanish courses in Buenos Aires on exchange there for six months! So truly international! We had wonderful guest professors from Princeton and Austin, and even the hour commute to Frankfurt Oder a few times a week was balanced out with having a Semesterticket to travel the length and breadth of Berlin and Brandenburg for a very reasonable student price! Of course the final months of writing my thesis were somewhat tedious, but now having survived and emerged with a good Masters I could not be happier! Immediate plans for the future hopefully involve an internship at the European Parliament this winter, but then returning to Berlin in April for our busy summer season, and doing what I love best. Long-term I don't see myself leaving Berlin, perhaps moving a little further outside of the city to live by a lake! But the city has been a fantastic place to study European Relations, the capital of one of the founding members of the original European Community and a bastion of the European Union today. Due to this there are many exciting European projects and initiatives around that I'd perhaps like to be part of in the future.

Berlin is notorious for its public spaces and the vast range of activities people can indulge in (without having to spend any money) in their free time.  Have you picked up any hobbies since moving to Berlin.  You know, the usual, holla hooping, ping pong, juggling in görli...

I'm a big outdoor Berlin fan and am incredibly lucky to spend so much time outside through work. A favourite summer activity of mine is exploring the cities many lakes, cycling out of the city on hot summer days and going for dip - we're so lucky to have so many to choose from and there are still so many to discover. I fully intend to visit them all one day - though perhaps not all in one summer as was our lovely colleague Barry's aim a couple of years ago! Another 'free' outdoor activity I've picked up since living in Berlin is running, I've done the half marathon here twice now and can honestly say I've enjoyed the training more than the day itself, finding new routes through the city, the Tiergarten or around the abandoned runways of Tempelhof airport. Of course the feeling of running through the Brandenburg Gate or by Charlottenburg on the day is pretty special too, and all of the opportunities to run in Berlin have kept me going! Otherwise, I'm terrible at hula hooping, juggling and ping pong, but have attempted them all to no avail, and recently went kayaking in the Spreewald, a wonderful day made all the more hilarious by my complete incapability to steer straight! An unexpected 'hobby' which I seemed to have picked up over time too is exploring many of Berlins abandoned sites, from ballrooms, to embassies, to entire complexes of unused buildings, all beautiful in their disrepair and with their own tale to tell. Who knows whats next? Perhaps paddle-boarding, or swing dancing, but perhaps not tightrope walking in görli!

Just like Venice, Berlin is a city of bridges and vistas.  What is your favourite view location of the city?

By far my new favourite spot is the outdoor bar on top of the shopping arcades in Neukölln, Klunkerkranich. A little further out of the city, the view leads on to the city centre in the distance and over the residential rooftops of the south west, highlighting the lack of built up districts in Berlin and red rooftop after red rooftop. It's great for afternoon drinks, pizza, pinpointing landmarks in the distance and then watching the sun go down as the lights of our beloved Berlin begin to twinkle.

It is beloved isn't it.  Thank you Ashleigh!
Posted by Insider Tour at 08:04